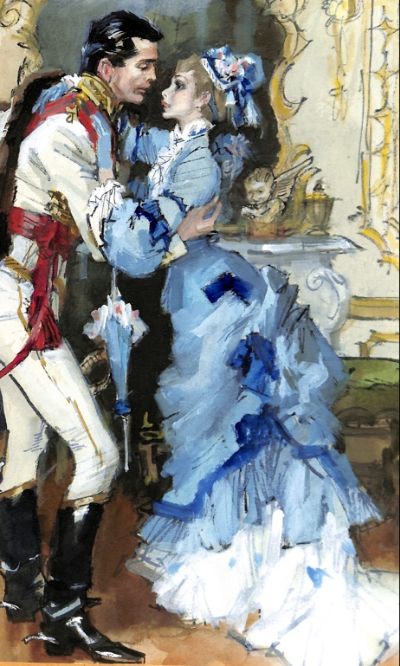 Small and slight with fair hair the colour of Spring sunshine and china-blue eyes, young Tilda is dismayed that by command of Queen Victoria, because of her Royal connections, she is to marry the Prince of a distant country called Obernia. Not only has she never met the Prince, she does not want to marry him, as she wishes to marry for love one day and certainly not for political convenience. In Munich on her way to meet her Prince, Tilda insists on attending a rowdy Beer hall and becomes embroiled in a violent student riot. But luckily she is rescued by Rudolph, an impossibly handsome dashing stranger, who she had spied on when walking in the woods near King Ludwig’s beautiful Palace, the Linderhof. In their flight from the riots, he is shot by the Police and they take refuge in the home of Frau Sturdel, a local midwife, who helps Tilda to nurse the young man back to health. Soon Tilda has fallen head over heels in love with Rudolph and he with her. But surely their love is doomed unless, somehow, she can extricate herself from her impending Royal mariage de convenance.