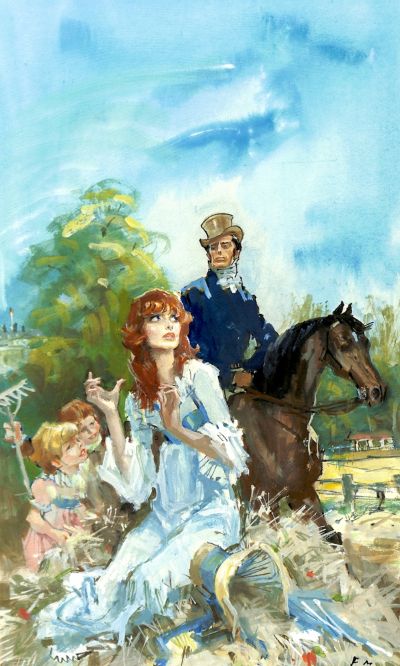 After her young nephew and two nieces’ parents are drowned in a tragic sailing accident off the coast of Cornwall, the beautiful red-headed Tamara is devastated by their loss and realises almost at once that she is the only person who can look after the three children as she loves them so much. She speaks to the local Solicitor, who tells her that there is no money left in her brother-in-law’s estate and so she has no choice but to take the three children to their uncle, the Duke of Granchester, who lives in splendid isolation in a vast sprawling but intimidating Castle in Gloucestershire. The prospect at once appals Tamara. Firstly because she despises the Duke for the way he had cut off all contact with her sister and brother-in-law as he disapproved of their marriage, thinking that she was an actress when in fact she was a renowned opera singer. Worse still, Tamara has written a somewhat scurrilous novel portraying the Duke as the vile character she believes him to be! And the novel is just about to be published in London! Arriving at Granchester Castle in the guise of the children’s Governess, she finds the Duke to be as arrogant, high-handed and annoyingly handsome as her fictional portrayal of him and she hates him even more bitterly. Until a touch of love intervenes and changes everything forever.