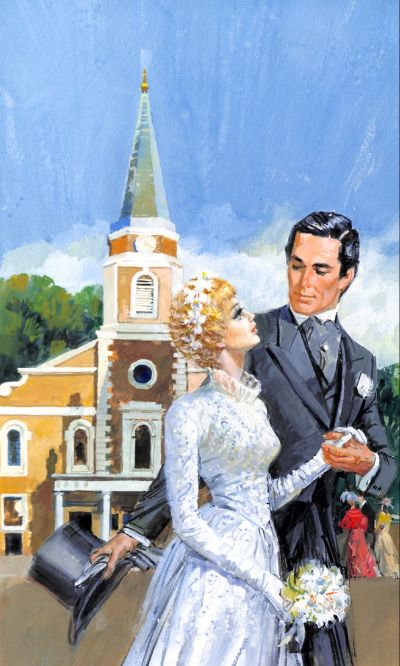 The beautiful Vanessa Shotworth was being made extremely unhappy at the way she was being treated by her stepmother while her beloved father was away in India with his Regiment.
When she was late for breakfast because she had been out riding on a lovely summer’s morning, she was humiliated by her stepmother by being told to scrub the kitchen floor or she will not be given anything to eat.
Vanessa then decided to run away to her relatives in the North of England, having elicited the help of the faithful family butler, Bates.
She sets out on her adored horse, Samson, and had not gone far when she stumbled into a group of highwaymen preparing for their evening meal in a wood.
Initially she was frightened, but the Chief highwayman, who was well-spoken and who had obviously had a good education, offered to accompany her on her journey North and make sure that she came to no harm.
It was when they were near the estate belonging to the Marquis of Westfield that the Chief highwayman told Vanessa that the Marquis was looking for a Governess for his very difficult niece aged twelve, who was impossible to teach and previous Governesses had left in despair after a very short time in the job.
How Vanessa secures the position as Governess at Westfield Castle with no references.
And how she manages to tame the difficult niece with charm and subtlety and encourages her to ride and dance.
And what happens when Vanessa’s cruel stepmother eventually catches up with her.
And how unexpectedly she finds love in what can only be described as a strange way is all told in this unusual romance by BARBARA CARTLAND.