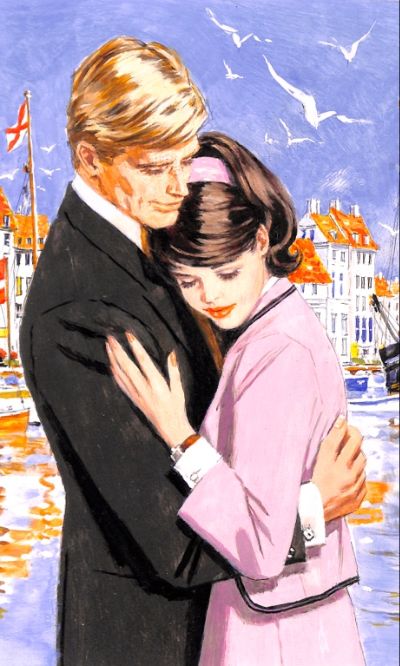 After visiting the lovely Countess of Helston as her husband is away, Lord Lanwood did not arrive home until the early hours of the morning. And after sleeping later than usual the following morning, he is ready to go riding when his valet tells him that a strange man was waiting downstairs to see him urgently. Pierre, a rough-looking, rough-speaking Frenchman gave him a letter from his nephew Charles. It said that he was being kept a prisoner until he told his captors and their patron, the scheming Comte de Roué, how to break into Lord Lanwood’s castle as they planned to steal his fabulous collection of treasures as well as his valuable paintings, including three exceptional Fragonards. The letter also said that Pierre would take Lord Lanwood to France if he pays him well to rescue Charles. Lord Lanwood has trouble understanding the Frenchman’s low slang so he engages the help of the Vicar’s daughter, the beautiful Isa, who is adept at languages. When they reach France, Pierre takes Isa to where Charles is imprisoned and, disguised as a nurse, she dresses his wounded shoulder each day. Between her and Lord Lanwood they devise a clever plan to rescue Charles from the French Comte and the ruffians who have imprisoned him. They ask the Comte to dine with them at their hotel and, while he is doing so, they spirit Charles away from his captors. How when they eventually return to England the story ends in great happiness both for Isa and Lord Lanwood, is told in this exciting tale by BARBARA CARTLAND.