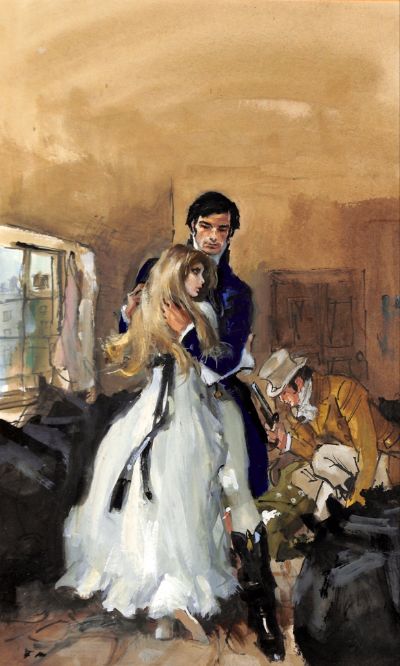 Dejected and jobless like so many other servicemen after the end of the Great War, Tybalt Hampton escapes a ball in Berkeley Square and meets a young girl who has also sought refuge in the nearby gardens because no one has asked her to dance. It’s too dark to make out her face but in an enchanted moment they kiss and a nightingale sings as if solely for them. Two years later Aleta Wayte, the recipient of that anonymous kiss, is forced to let their family mansion to a rich American, disguising themselves as servants at their tenant’s beck and call. Of noble birth but penniless, Aleta still dreams of that handsome stranger. So, when Fate in the form of a road accident brings him injured to her door, her hopes are raised and instantly dashed in her guise as lowly servant how can she reveal herself 5th Duke of Stadhampton? Is it possible that Fate could be so cruel as to bring love so close and only to snatch it away?