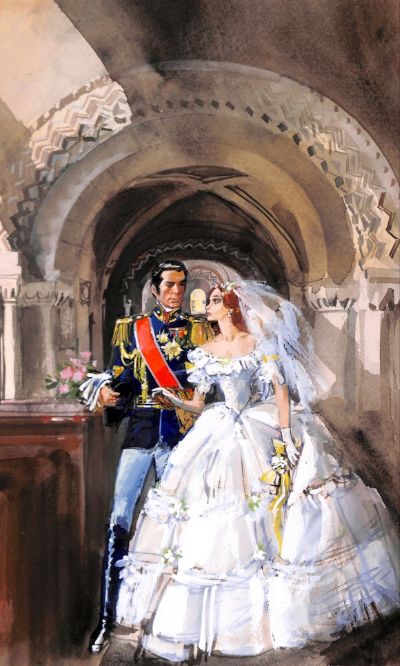 A much-admired patron of the arts and something of a ladies’ man, the Duke of Arkholme, a very rich and celebrated aristocrat, is as passionate about music as he is bored by the attentions of predatory Society ladies. He decides to launch at his own expense a competition to encourage talented new composers, but he finds that the entrants he has to listen to are insipid and uninspiring. So when he hears the sparkling brilliant music he has been searching for being played on his own piano in a room next to his bedroom in his own home in the middle of the night, he is bewitched. Even more so when the pianist proves to be a pale, elfin, auburn-haired beauty called Vanola. She forces the Duke at gunpoint to listen longer to her music and she relates the story of her Hungarian father and his failure to attract any interest in his superb and innovative compositions in England. He is also horrified to be told by Vanola that his employees are corrupt and taking bribes from entrants to his auditions, so that the real talent, such as her father’s, is excluded. Realising that she is half-starved and that her father is at death’s door, he is determined to make amends, despite her implacable contempt for him for employing crooked Managers. Soon the Duke realises that he has fallen in love but too late. Vanola’s father is dead and in her grief and fury she has fled to who knows where and it seems that he has lost her and his one chance of happiness forever.