48. A Marriage Made In Heaven 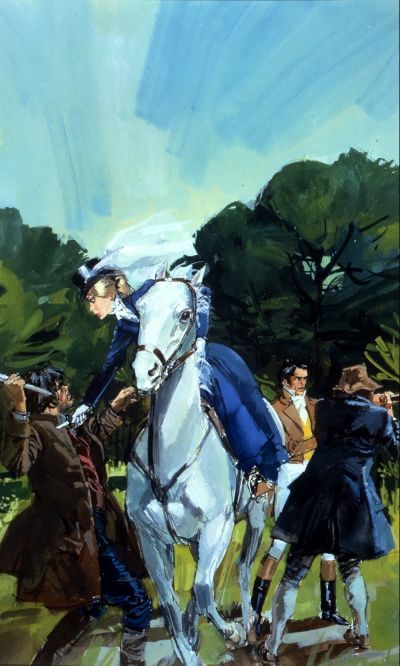 48. A Marriage Made In Heaven

The Duke of Buckhurst, handsome, wealthy, a brilliant horseman and known to everyone as Buck’ has sworn that he will never marry. Cutting a swathe through the sophisticated beauties of the Beau Monde, who are drawn to his sardonic charm like social butterflies to a bright light, he has only one requirement for his amours that they are safely married to someone else. That is until he discovers that his heir apparent, his dissolute cousin Edmund, has married an actress. Horrified that a common showgirl will become the next Duchess and bring his family name into disrepute, the Duke is forced by his family into finding a bride. Bored by the very thought of being tied to a young, inexperienced young woman, he sets his loyal sisters the daunting task of choosing a suitable wife within the month, so that he can be married before the Royal races at Ascot. With time running out, Buck’s sisters are in despair until they meet Lady Samara Wynn, the daughter of the honourable but impoverished Earl of Kenwyn. Lovely, innocent and angel-faced, she seems the ideal bride, but can they persuade her to marry their rakish brother, Buck? For Samara is a young woman with her own ideas about marriage and they include love and romance. But can a marriage between two strangers, built on a foundation of the groom’s resentment and the bride’s family duty, ever bring happiness and love? As the Duke, furious at the prospect of losing his freedom, dallies with the latest married woman to fall all too eagerly into his arms and Samara worries how her beloved father will cope living alone in his crumbling estate, it seems that this is a match that is doomed to bring nothing but sadness