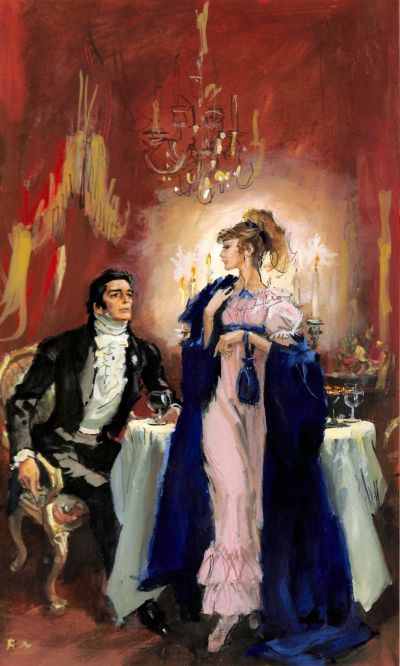 After a rash argument in White’s Club, Sir Denzil Caversham is embroiled in a duel, which ends in his accidentally killing his foe, a well-known member of Society, and he is forced into exile for three years in America. His absence leaves his ailing wife impoverished, so their beautiful daughter, Thalia, decides to rescue the family by working at a fashionable milliner’s shop serving the tastes of the ladies of London’s Beau Monde. Under the assumed name of Thalia Carver’, she catches the eye of the dashing and handsome Earl of Hellingham, who is instantly determined to make her his mistress and offers her endless inducements and she refuses them all. The Earl has no idea who Thalia really is, nor that she is the anonymous author of a provocative book poking fun at the English Gentleman’ that is the talk of the Social World and all the Gentleman’s Clubs of St. James’s. At first appalled by the Earl’s advances, Thalia is soon irresistibly drawn by his magnificent magnetism and his underlying tenderness. But, as love blossoms in her heart, she knows that it can never be. The Earl must never find out the true identity of the milliner’s work girl who has stolen his heart.