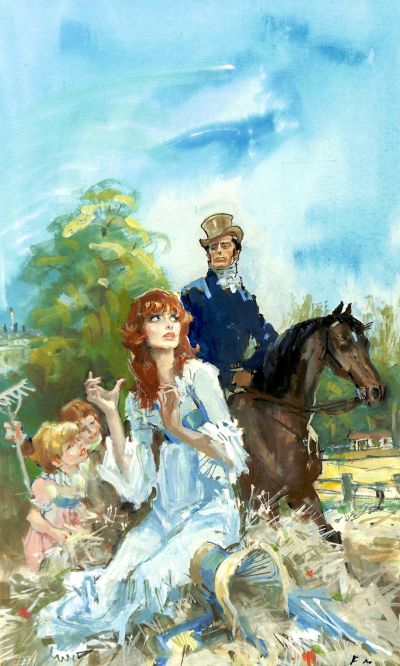 Neisa More and Carol Waverton are cousins. Both girls are beautiful, intelligent and hoping to find true love, but there is one major difference between them money, or in Neisa’s case a distinct lack of it. The daughter of runaway lovers, Neisa’s father is an impoverished Vicar whose passion is writing stories about his travels in the Far East. Back in England after accompanying her parents on their many adventures, Neisa lives a quiet and secluded life in the country. Her cousin, Carol lives a very different life in America with her immensely rich father, the entrepreneur Clive Waverton. With all the luxuries that money can buy Carol has come to London for the Season, and to catch up with her childhood friend, Neisa. Disenchanted by the fortune hunters of London who are only interested in her money, Carol becomes convinced that the only man she will marry is one who can love her for herself, and not what her riches can buy. When an invite arrives to spend the weekend at a house party hosted by the wealthy Marquis of Denholme Carol sees her opportunity to experience life as an ordinary young woman, rather than an heiress. Encouraging her cousin to enter into her plan, the girls play out a charade where they swap places and assume each other’s identity. Arriving at Denholme Park, with Neisa disguised as the rich heiress and Carol as the Vicar’s daughter, their adventures begin. Neisa has the stylish clothes, precious jewels and lifestyle she has only dreamt of; and Carol experiences for the first time being overlooked by the wealthy and aspiring guests. But who could have know that love was waiting for them amongst those gathered at the Marquis’s estate for his famous steeplechase? And alongside love is danger as a deadly plot is uncovered that, if successful, will change Denholme forever. As Neisa and Carol become embroiled in the intrigues of the weekend both girls courage and faith is tested to the limits as they discover that money and wealth can cause as many problems as it solves.