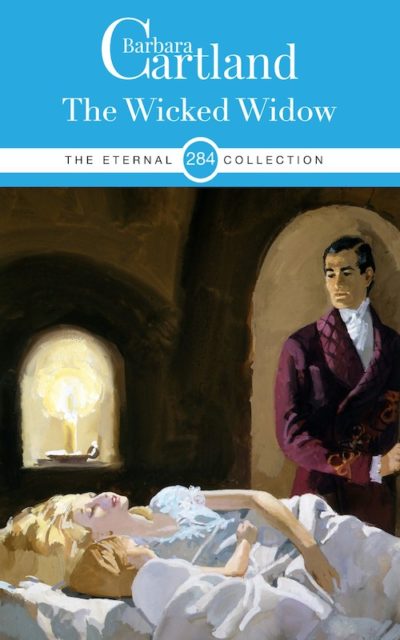 Since their adored father, Lord Shenley, passed away, the beautiful young Kyla Shenley and her little brother, Terry, have no one to care for them except for their despised stepmother, Sybil, who has already taken a lover and is plotting to get her greedy hands on the children’s large inheritance.
When Kyla overhears her plans to ensure that young Terry has a ‘fatal accident’ and to drug Kyla and hand her over to a ghastly old man called ‘Lord Frome’ to face a life of debauchery, she sees no alternative but for them both to flee as far away as possible from their appalling stepmother.
Heading for Lilliecote Castle and their beloved Nanny who works there for the Earl of Granston, they are accosted by a highwayman in a wood, but he turns out to be a particularly nice ‘gentleman of the road’, who demands only one of their sandwiches and even offers his protection should they find themselves in dire straits.
When they arrive at The Castle, Nanny suggests that the Master, the Earl of Granston, should not be aware of their identities in case their wicked stepmother comes there seeking them.
And, passing off Kyla as a new Governess to the Earl’s young niece, Jane, Nanny shows them how to hide in The Castle’s ancient secret passages and Priests’ Holes.
But, as the handsome and authoritative Earl takes them under his wing, he suspects that there is more to the lovely Kyla than meets the eye.
So eventually it is he, together with their highwayman friend, who defeats the Wicked Widow and her gang of evil accomplices in a terrifying battle in which the Earl wins Kyla’s heart and soul.