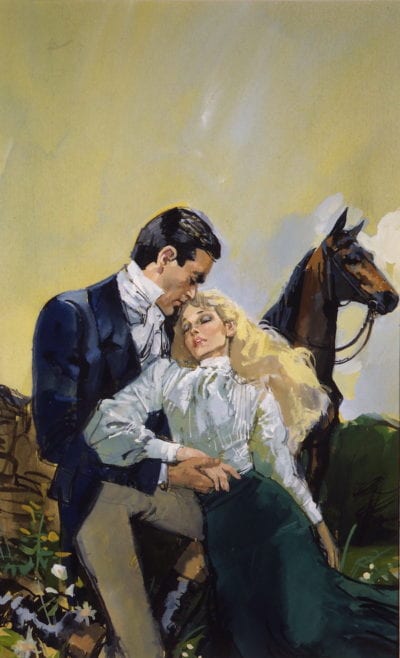 Hoping to surprise and impress the horse-loving Empress Elisabeth of Austria during her imminent visit to his ancestral home, the Duke of Buclington decides that he must invest in some of the best thoroughbred Hungarian horses.
He had planned to take his lovely young daughter, Lady Aletha, to Hungary with him to buy them, but, when Queen Victoria sends him on an important errand to Denmark, he is then forced to send in her place his equestrian stalwart, Mr. James Heywood.
Bitterly disappointed by this as she loves her father, Aletha slips away, secretly intending to catch up with Mr. Heywood on the Calais to Vienna train when it is too late for him to order her back to England.
Beautiful as she is, she quickly attracts the unwanted attentions of a lecherous German traveller, but luckily a flabbergasted Mr. Heywood comes to her rescue just in time.
After much cajoling, he is persuaded not to return her to her father but to take her with him, pretending that she is his granddaughter.
Their mission is a great success.
They find all the superlative horses that they were seeking, but Aletha loses her heart to a handsome and charming Hungarian Prince.
And it seems that her deceit will become her undoing when he tells her that he can never marry her because she is not of noble blood.