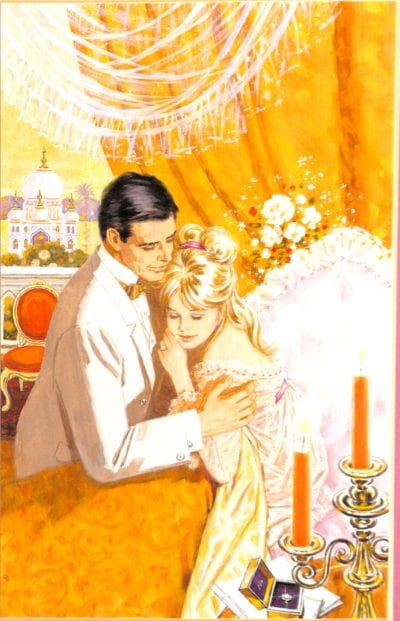 Golden-haired young beauty Anona adores her father, the East India Company seafarer Captain Guy Ranson.
So she is shocked to the core when he comes home to confess that far from being the successful shipowner she thought he was, he is a pirate, boarding cargo ships and threatening the crew and cargo unless they paid him a ransom. He describes himself as a ‘highwayman on a ship’.
Fearing that he has been identified and may face the gallows, the Captain is determined that his beloved daughter’s name should not be ruined by his actions and comes up with a plan to ensure that she will be safe and anonymous.
And so Anona appears washed up in a small boat on a Malayan beach owned by the Captain’s good Chinese friend, Lin Kuan Teng, whom he knows will take care of her at his palatial Penang house.
Feigning amnesia, she finds herself under the wing not only of her father’s friend but also of the handsome Lord Selwyn who has just arrived in Penang to take possession of a huge mansion and a plantation that he has fortunately inherited from his great-uncle.
In this exotic Paradise, Anona may not have truly lost her memory, but soon she has lost her heart.
But surely her love is doomed once his Lordship discovers her true identity and finds out about her father’s pirating?