255. The Lovelight of Apollo 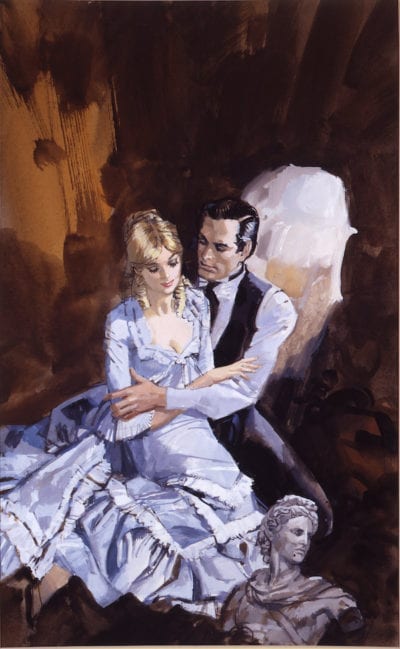 255. The Lovelight of Apollo

As a cousin of Queen Victoria, the beautiful Princess Marigold is obliged to yield to the Queen’s wishes when it comes to marriage – and the Monarch is most reluctant to allow her to marry the man she loves, Prince Holden of Allenberg, because she views his tiny European Principality as insignificant and uninfluential.
So, although the Queen assents to their engagement, she puts obstacles in the way of their marriage in the hope that Princess Marigold will fall out of love with Prince Holden if she can keep them apart for any length of time.
One such obstacle is the Royal order that Marigold travels to Greece to represent the Queen at the State funeral of Prince Eumenus.
Determined to stay with her beloved Holden, the Princess comes up with a cunning plan.
She will send another young woman in her place – and Prince Holden knows the ideal candidate, the beautiful young Vicar’s daughter called Avila Grandell, who looks uncannily like the Princess and, being half-Greek, speaks the language fluently.
And so, with her mother’s concerned consent, this awestruck young innocent’s adventure begins, voyaging to Athens and on to the island of Malia.
Little do any of them expect Avila to be touched by the Light of the God Apollo and would then fall in love with a handsome charming Prince of her own!