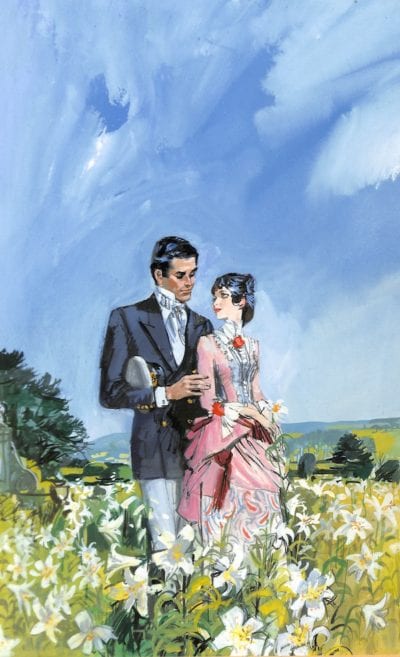 Beautiful eighteen-year-old waif Felicita Galvão is penniless, almost starving and all alone in the world when the Duchesse de Monreuil finds her desperately trying to sell her needlework at The Grand Hotel in Lisbon.
Struck by Felicita’s deep blue eyes – so different from those of any Portuguese girl she has ever seen – she agrees to buy everything the girl has to sell and offers her a ride to her home in her smart carriage.
Something about this young beauty strongly reminds the Duchesse of herself at the same age when she first found the love of her life, Juan, the Marques de Oliveira Vasconles – said by everyone to be ‘the most handsome and the most exciting gentleman in the whole of Portugal’.
Still deeply bitter over the way that the Marques Juan has abandoned her to marry another ‘whose blood is the equal of mine’, the Duchesse suddenly sees a way to use this young innocent beauty to wreak the revenge that she has been dreaming of and planning for years.
Moving Felicita into her rented Villa, she persuades her to impersonate the Duchesse’s niece, the Comtesse Felicity de Monreuil, and in that guise meet the current Marques Alvaro de Oliveira Vasconles.
The Duchesse means to break the heart of her lost love’s son as hers was broken so cruelly by his father.
But it seems that love or Fate or both will combine to deny her vengeance.