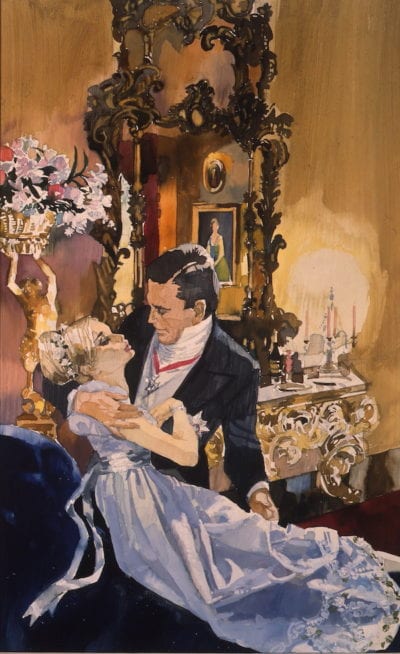 Beautiful and innocent, yet perceptive and intelligent the Rector’s daughter, Odella Wayne, suspects that the local circus fortune-teller, Madame Zosina, is using her ‘special powers’ to hoodwink British sailors into revealing their warships’ embarkation times at Portsmouth in order to pass the information on to Napoleon’s spies and the French Navy is waiting to attack them at sea.
This is 1814 and a year before the Battle of Waterloo when the French are Great Britain’s deadliest enemies and they will stop at nothing to defeat and humiliate the British whenever they feel that they can get away with it.
When Odella reports her fears to the dashing and handsome war hero, the Marquis of Midhurst, he asks her to risk her life for her country by drugging Madame Zosina and secretly taking her place in the fortune-tellers’ tent at the circus.
Drawn into the terrifying world of wartime espionage, Odella alone can potentially identity a French assassin on a mission to kill His Royal Highness the Prince Regent, having overheard his dastardly plotting.
At terrible risk of losing her life, she has already lost her heart to the Marquis when he saves her from the killer’s knife and sweeps her up in his arms –