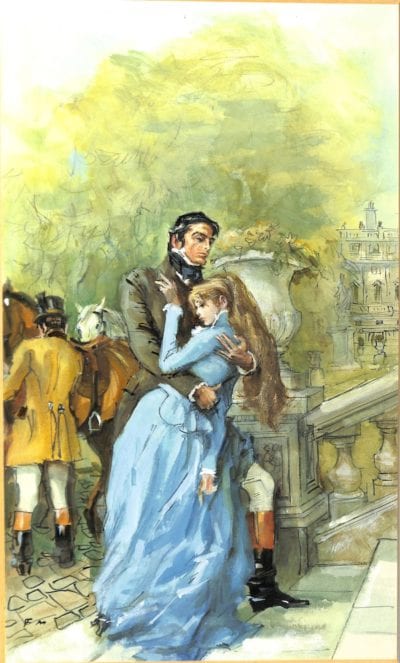 Dashing, handsome and much in demand with Society ladies, the Duke of Oswestry is trapped by the beautiful but duplicitous Lady Marlene with whom he has just finished an ill-advised love affair.
Claiming that she is with child and, falsely, that he is the father, she demands that he marries her or she will cause a great Society scandal, something that the Duke in his worst nightmares would never tolerate.
He has previously vowed never to marry, but it seems that now there is no escape for him until a beautiful young girl appears at his front door begging him to save her from two men who are relentlessly pursuing her.
Suddenly the Duke has an idea. He can save them both from their own pursuers simply by pretending that he is engaged to this lovely young waif, Udela Hayward.
Little does he suspect, however, the violent passions that his pretence betrothal provokes.
When there is a diabolical attempt on his life by his jealous younger brother, Lord Julius and a band of cutthroats, it is the innocent Udela who bravely saves his life.
And to whom he finally loses his heart and she is carried to the stars when he kisses her for the first time.