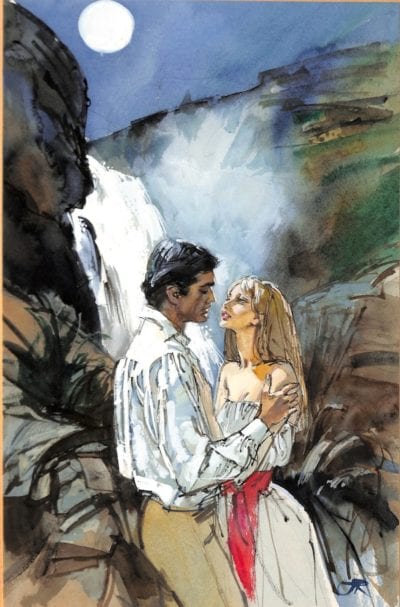 Handsome and world-renowned archaeologist, Lord Yelverton, arrives in Mexico searching for ancient treasure in the great Cities of the ancient Mexican Indians and more artefacts like the carved jaguar bone that he has been able to acquire in Europe.
However, in order to explore the sacred cave where more exquisite treasures may be found, he needs the endorsement of a local archaeologist called Ajax Audenshaw in Acapulco.
Arriving at his house, Lord Yelverton finds that Alex Audenshaw is now a promiscuous painter and not actively involved in antiquities. And he is surrounded by children born of different women.
Among them is Tula, a young golden-haired, blue-eyed and mysterious beauty, who reluctantly agrees to show him the way to the cave, which is guarded by Quetzalcoatl, the Feathered Serpent God of the Mexicans.
On the way to the cave he is forced by an other-worldly being to fall into a raging cascade and almost drowns.
Administering ‘the kiss of life’ to him Tula saves his life when he was close to death.
But it is not until much later that he realises that with her breath she also infused his heart with love.