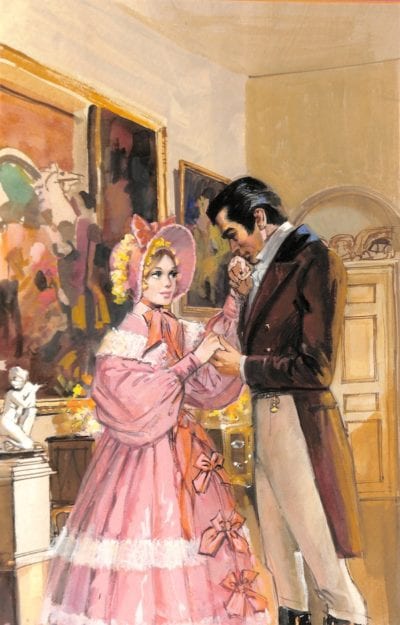 Now that her beloved father has passed away and the family estate has been sold off to provide for her future, the beautiful young Zelina Tiverton is somewhat bewildered to find herself living amid the glamour of London’s Social world with her Guardian, her glamorous Aunt Kathleen, who is the husband of the Earl of Rothbury.
Now her aunt has a greater shock in store for her, announcing that she is sending Zelina to Russia to stay as Governess with Prince and Princess Volkonsky in their superb Palace to teach their children English.
Clearly Aunt Kathleen simply wants Zelina off her hands as she is so pretty and so reluctantly she finds herself alone and unchaperoned aboard a Steamer bound for Stockholm en route to St. Petersburg.
On board she meets the seemingly imperial Lord Charnock, one of the most handsome and overwhelming men she had ever seen, but also one of the most aloof.
Unknown to Zelina, Lord Charnock is headed for St. Petersburg on an urgent and secret Diplomatic mission for the British Prime Minister, Lord Palmerston.
And so Zelina, the innocent abroad, finds herself unexpectedly in a menacing and threatening world of Secret Police, spies, sinister intrigue and predatory Russian aristocrats with only the dashing Lord Charnock to protect her in an unknown and uncaring land.