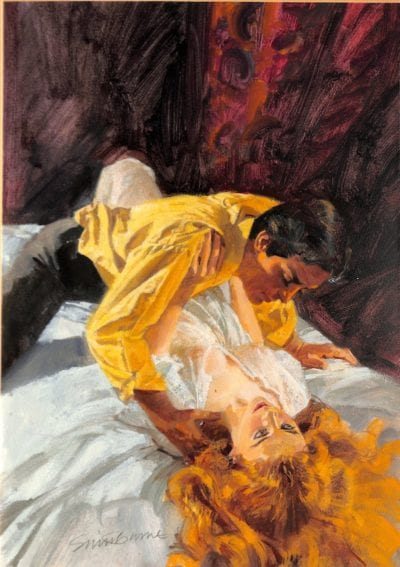 Overworked and exhausted through caring for her ailing father, the demurely lovely Delysia Langford goes to the family’s London house for a well-deserved rest.
But her wayward and beautiful sister, Fleur, has other ideas for her.  She has fallen deeply in love with Timothy, Lord Sheldon, but he is already reluctantly engaged through intense pressure from his family to be married to the daughter of the Duke of Dorset.
So Fleur and Tim plan to elope. And so determined is Tim’s uncle, the vastly rich Magnus Fane,  a terrifying man people call the ‘Demon King’,  to stop them that he kidnaps Fleur.
Little does he know, it is actually Delysia who his servants have abducted from the London house by mistake.
And when she is subjected to the contempt that Magnus Fane regards her sister with, Delysia resolves to keep up the pretence that she is Fleur so giving her sister time to run away to France with Tim to be married. And giving herself a chance to reverse the dreadful impression that he has formed of Fleur from reports by his relations.
But when Delysia is confronted by the awe-inspiring and arrogant Demon King, he turns out to be an extremely handsome young man as well as a highly successful entrepreneur, having made his fortune in the East.
And slowly but surely she is no longer held hostage, but simply following her heart as mutual hatred in some magical way turns out to be love.
Read more
BUY NOW
Share