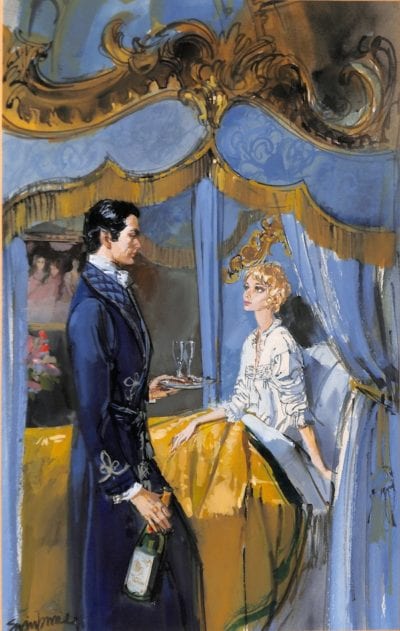 Famed for his horse racing successes on the turf and worshipped by London’s Society beauties, the dashingly handsome Marquis of Broome is unjustly renowned as heartless and selfish.
So, when on a night time journey from London to his Surrey estate, he discovers a young stowaway hidden below his carriage seat, he appears to be angry and wants nothing to do with this new problem in his life. But when the ‘boy’ is revealed to be a feisty but very beautiful young girl, he quickly softens. Cara, as she reveals is her name, is running away. From what or from whom she will not confide in the Marquis. With highwaymen prowling the roads and revolution in the air, the Marquis cannot let this young innocent go on alone and defenceless to Paris, which is her intended destination. Despite her protests he rather reluctantly takes Cara under his wing, finding out eventually that she is fleeing a forced marriage arranged by her cruel and wicked uncle, the Earl of Matlock. Just as the Marquis saves her from her uncle, Cara saves him from a murderous revolutionary plot.
And, as they manage to escape their enemies, they begin to realise that they have been caught by a deep and inspiring love for one another.