221. The Prude and the Prodigal 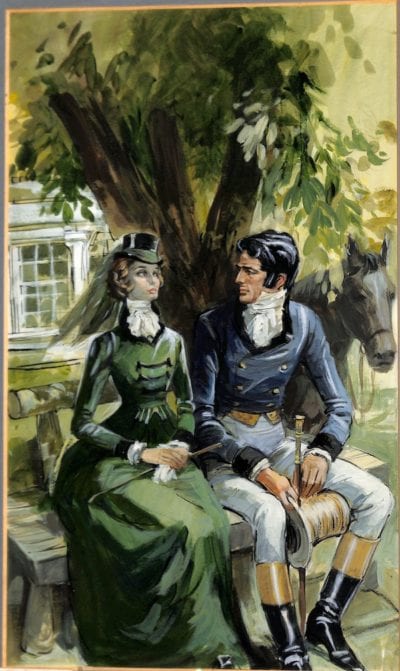 221. The Prude and the Prodigal

Demure but pretty Prunella Broughton has long felt responsible for her lovely younger sister, Nanette, since their mother ran away with a lover and then, not long later, their beloved father had died.
As an heiress and a debutante as well as an outstanding beauty Nanette is already attracting much male attention and she is greatly admired wherever she goes.
But it is Pascoe Lowes that Prunella is most concerned about. Spoilt, dandified, vain and ‘far too good-looking for any young girl’s peace of mind’, this penniless fortune-hunter has declared himself in love with Nanette!
To make matters worse the new sixth Earl of Winslow arrives unexpectedly to take his place at his long-neglected Baronial Hall, a gentleman of whom Prunella deeply disapproves for his wild raffish reputation and the fact that he is Pascoe’s somewhat indulgent uncle.
Her argument that the love between Nanette and Pascoe must be stopped as soon as possible before it becomes intense gets short shrift from the Earl.
Indeed he argues that love, such as that which led her mother to leave, cannot be denied or ridiculed.
Prudish Prunella refuses to believe that such an unruly uncontrollable love can ever exist until the prodigal Earl’s stolen kiss changes everything for her for ever.