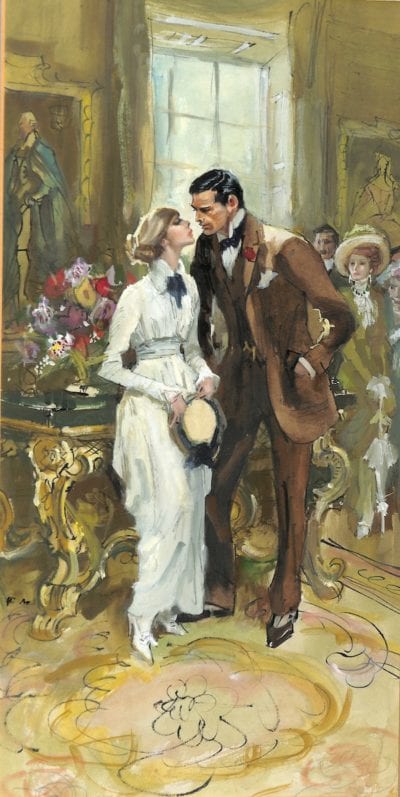 Handsome, popular and much in demand in the Social world, Alstone, the Duke of Windlemere is bored with life and, seeking entertainment, he is drawn into a foolhardy wager with his friend Sir Hugo Benson.
The bet concerns whether they can successfully replicate the experiment in George Bernard Shaw’s play, Pygmalion, in which Eliza Doolittle is taken from the flower market in London and trained to pass as a ‘lady’ in Society.
Unbeknown to her, Sir Hugo’s niece, the beautiful, innocent orphan, Lorena, whom he summons back to England from her French Convent School, is chosen by him to play the part and is taken to meet the sophisticated Windlemere Set made up of the Duke’s spoilt entourage.
On arrival with her uncle at the Duke’s palatial stately home, Mere, Lorena is overawed by her surroundings and by the dashing and handsome Duke.
And for his part the Duke is captivated by Lorena’s intelligence, honesty and loveliness. Not only is Lorena capable, it seems, of being accepted by his snobbish friends.
She inspires respect as well – and even love.