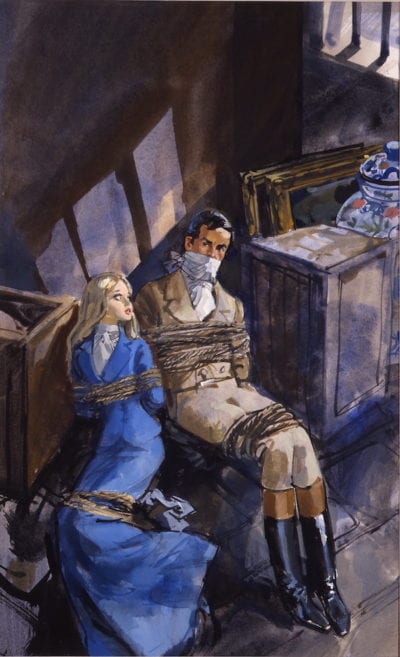 Freshly home from her Finishing School in Florence, the beautiful young Lady Odela Ford finds to her dismay that her new stepmother, the Countess of Shalford, is scheming against her and her beloved father.
Odela’s mother, who she adored, has died and her father has married again rather too quickly.
To her horror and mystification she overhears one day her stepmother ordering her lover, the Viscount More, to marry Odela – for her money as he has very little himself.
This is the first that Odela hears of the American oil shares that her late mother left her, which have now accumulated into a vast fortune.
Unwilling to tell her father that he is being betrayed by his wife, Odela seeks refuge with her old Nanny at the country house of the Marquis of Trancombe.
Almost straight away there is an undeniable and irresistible attraction between her and the handsome Marquis.
But no sooner has she found safety than new danger appears in the form of a ruthless thief and she finds herself, together with the Marquis, imprisoned under threat of death.
Will she and her hero die ignominiously before their love can be awakened?