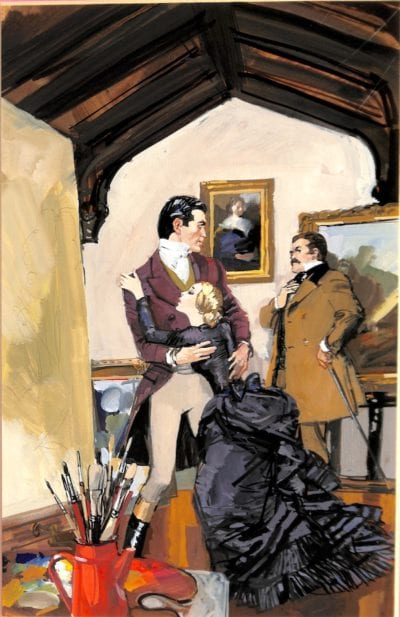 On her deathbed Lady Margaret Marsh reveals that there is no family money left to support her daughter, the stunningly beautiful Josina.
They were cut off without a penny by their relations long ago when she eloped with Josina’s father, the inveterate but often successful gambler, Captain D’Arcy Marsh, who was later killed in a duel by a man he had won from at cards.
Her mother believes that there is no alternative but for Josina to throw herself on the mercy of her relative, the dashing and handsome Duke of Nevondale.
But arriving at his stately home she finds that he is a rake who is having an affair with the wife of the French Embassy Attaché, a liaison that could bring scandal and death close to his door.
When, on accidentally discovering a fiendish plot, Josina rushes to the Duke’s rescue, only to find him in compromising circumstances, she is deeply shocked and horrified.
Yet disturbingly she finds herself falling in love.
For no other apparent reason than to save hers and incidentally his reputation the Duke decides that he wants to marry Josina.
But as much as she yearns for him, how can she possibly marry a man who does not love her after her mother and father had been so sublimely in love with each other that for them the world was lost for love?