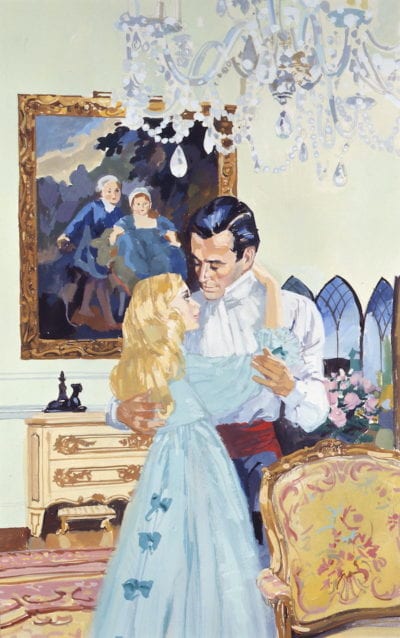 When Queen Victoria is called upon to arrange a marriage for the dashing King Alexius of Vultarnia to save him and his country from the predatory Russians, the adventurous and beautiful Pythia takes the place of her cousin, Princess Erina, and heads for the small Balkan country in a British Battleship.
Princess Erina has just fallen in love with a good-looking Peruvian and Pythia could not allow her happiness to be torn from her for cold political strategy.
On her arrival in Vultarnia she receives a warm reception and she is determined to win the hearts of her new subjects and the heart of their cosmopolitan worldly King.
The King is surprised and impressed by his new wife and sees how much he could learn from her. But a Russian plot threatens to throw this popular new marriage into jeopardy and Pythia must think quickly in order to save the King and the beautiful country of Vultarnia.
Will King Alexius fall in love with Pythia or remain attached to his glamorous and seductive Russian mistress?
Will Pythia be able to stop a sinister plot to capture the King before it is too late?
And will the King discover Pythia’s true identity and that she is not Royal?
Find out in ‘The Queen Saves the King’, an exciting and moving romance from the incomparable Barbara Cartland.
Read more
BUY NOW
Share