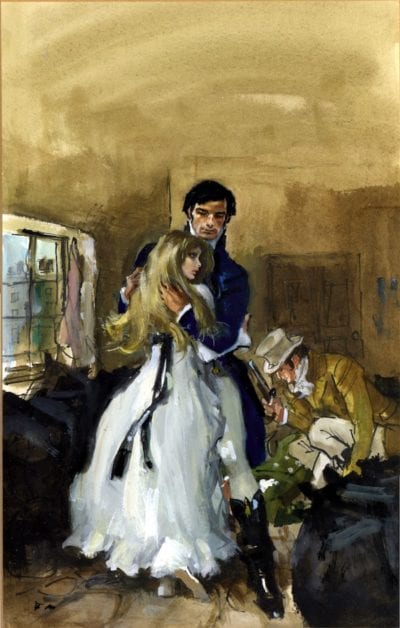 The impulsive and rakish Marquis of Troon is due to be married to the disreputable but passionate Lady Dilys Powick in direct opposition to the wishes and advice of his closest friends.
The Marquis then goes ahead and arranges a spectacular steeplechase with large prizes for the winners in order to celebrate his nuptials.
When one of the contestants dies unexpectedly of a heart attack, the Marquis is stunned to discover that he has been named in his will as the Guardian of the contestant’s daughter, the sensible and charitable Valeta Lingfield, who is also very beautiful.
An encounter at the Marquis’s superb stately home with a mistreated climbing boy tests the unlikely relationship between Valeta and the Marquis as she is determined to look after the boy until he can be returned safely to his parents.
And further conflict, intrigue and danger follow a meeting with the villainous sweep, who is from a notorious criminal area of London.
Will the lovely Valeta return safely from London?
Who is behind these treacherous kidnappings?
And will the Marquis ever change his ways?
The answers can be found in this exciting and poignant story set in the Regency.
Read more
BUY NOW
Share