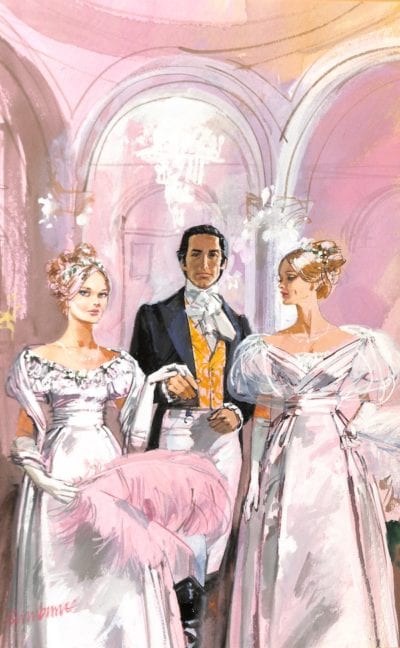 On his return after six years’ fighting with the Duke of Wellington in the Napoleonic Wars, Colonel Romney Wood, who has just become Lord Heywood, is horrified at the state of the country he left behind, where agricultural labourers are now starving, food shops are bare and Luddites lay waste new agricultural machinery.
Worse still his own estate is almost bankrupt and he has to find something to sell to save it and his loyal staff from penury.
He is considerably hampered because his grandfather has legally entailed everything of value onto future generations of Lord Heywoods and so he cannot dispose of virtually anything without the Trustees’ approval, which he knows will not be forthcoming.
Scouring Heywood Abbey, his country home, for possible items to sell, he is astonished when he stumbles across something he is soon to prize beyond price – a beautiful, fawn-like young girl with deep blue eyes in a white diaphanous nightgown.
She is an interloper and a runaway, hiding from her wicked uncle, who is forcing her into marriage with a man she despises.
Her name is Lalita. But more than that she will not tell Lord Heywood.
Yet slowly she reveals more of herself to him – and with each revelation the bond between them grows.
And in spite of himself Lord Heywood is falling in love. They are two people with nothing left to lose and maybe only love to win.