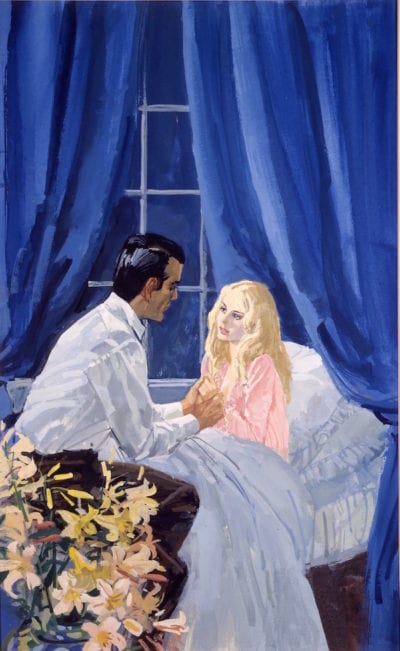 The beautiful young Charisa Templeton has always loved her father’s old friend, the Marquis of Mawdelyn, and as a child she roamed Mawdelyn Priory with his nephew, Vincent, whom she adored.
And her father, who is a rich man, has helped support The Priory through difficult times and Charisa is his only child.
Greatly saddened to hear that the charming Marquis has died, she is however glad that his heir, Vincent, will be coming home soon from his Army posting in India to claim his title and estate.
But then Fate strikes another blow with the news that Vincent has been killed in India. Reluctantly Charisa and her father prepare to welcome the next in line to the Marquisate, the half-French Gervais Mawde, who no one seems to know anything about.
But as soon as he arrives at The Priory they sense that something is wrong. Penniless, he immediately sets about selling off the family treasures and dismissing loyal servants, even the Vicar!
Worse still he forces his attentions onto the shy and unworldly Charisa. But just as she begins to despair, her prayers are answered and Vincent appears, alive but in terrible danger.
Someone is trying to kill him and now they realise who! None other than Gervais, who is not only a murderer but also a Devil worshipper and is planning to use innocent Charisa in a Satanic Black Mass.
The burning question is, can love conquer the forces of darkness?