198. A Princess in Distress 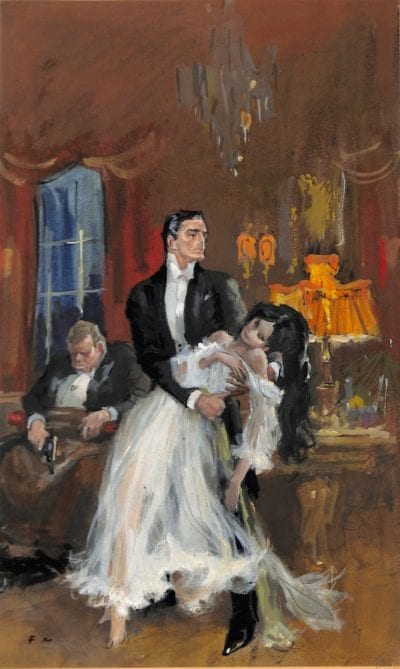 198. A Princess in Distress

Relaxing in the Bohemian spa of Marienbad after a special secret mission on behalf of Kind Edward VII, Ian, Lord Arkely is appalled to overhear the sound of a woman being horribly beaten by a man in the adjacent hotel room.
He discovers that the room is occupied by Prince Friederich of Wilzenstein and Her Royal Highness Princess Mariska.
And peering out across the shared balcony he spies the young, slim, utterly beautiful, young Princess, clearly in desperate pain.
Lord Arkley is aware that the Prince has been wheelchair bound since being terribly insured in an anarchist bomb attack in which Princess Mariska has luckily escaped injury.
Clearly the paralysed Prince is taking out his resentment on the poor Princess, Lord Arkley believes, as he resolves to get to know this lovely Princess in distress.
‘It is not so much that I am interested,’ he tells himself, ‘but extremely sorry that anyone so young and so attractive should be tied to such a brute, whatever excuses he may have for his disgusting behaviour.’
Nevertheless the next day he is startled to receive a letter from the Princess inviting him to dinner.
And so begins a web of intrigue and terrible danger – and in the shadow of the Princess’s predicament and the threat of war, the light of love flickers into life.
Read more
BUY NOW
Share