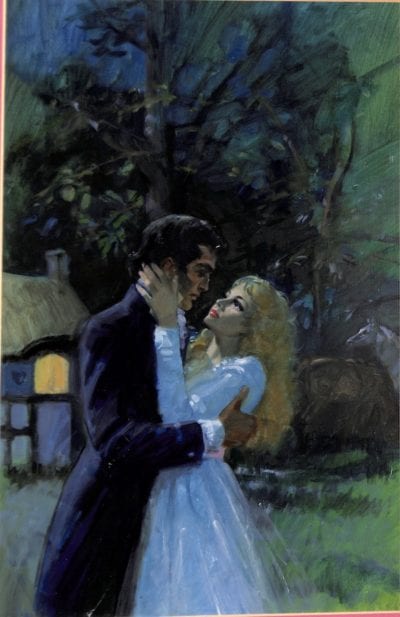 Riding in the woods the beautiful young Farica Chalfont encounters a handsome yet forlorn gentleman called John Hamilton, whom she is sure is about to commit suicide as he is holding a pistol in his hand.
After intervening and talking to him she is instantly and irresistibly attracted to him, but, as she explains, she is already unwillingly promised in marriage to Fergus, the new Earl of Lydbrooke.
Not only does she not love him, she feels sure that the Earl is marrying her only for her father’s large fortune and it is common knowledge that Fergus is wildly extravagant and therefore deeply in debt.
Soon it is revealed that ‘John Hamilton’ is actually Ivan, the true Earl of Lydbrooke, who everyone thought had been killed at the Battle of Waterloo and replaced as the Earl by Fergus, who is only a distant nephew.
On hearing that Ivan is alive, Fergus has tried not once but twice to murder him in the hope of holding onto the title, The Castle and the huge estates of the Brooke family.
Now Farica and Ivan find that they are desperately caught up in ‘a crusade of right against wrong and of good against evil that has to be won’.
But the real question is can love be the victor?