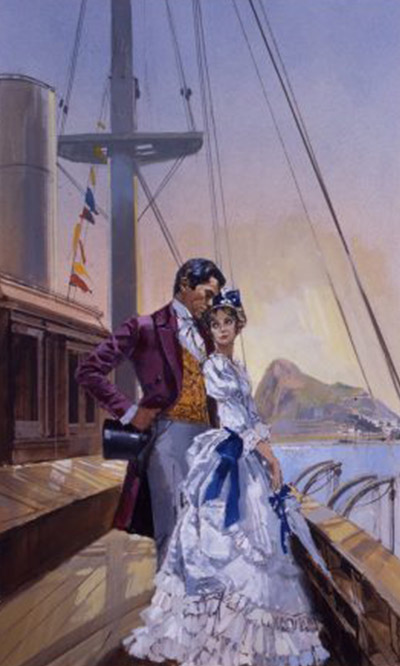 Still in mourning after the death of her father, Colonel Wallace, in a battle in India, the beautiful young Vina Wallace is astonished to receive news that not only had her heroic father saved the Maharajah of Kulhapur’s life, but also that the Maharajahhas died and left jewels worth a small fortune to her dead father.
And now, as her father’s only child, the jewels are hers.
Vina is being looked after by her uncle and aunt and her aunt has grand ideas of shining in higher Society and being invited to parties at ancestral homes and by Queen Victoria to Windsor Castle.
Unknown to Vina the news of her newly acquired fortune reaches the ears of the Duke of Quarington and his penniless brother Lord Edgar, who is desperate to find a way to repay his vast debts as the Duke is refusing to bail him out yet again.
Fearing Vina will fall victim to fortune-hunters, her aunt and uncle plan to offer her hand in marriage to the dissolute Lord Edgar – an admirable solution to both families’ problems
The trouble is that Vina has vowed never to marry unless for love. Worse still she overhears the cynical Lord Edgar planning to marry Vina for her money and then to resume his life of debauchery and womanising! Is there no escape for Vina from a life without love?