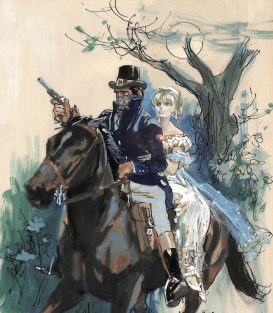 After her mother died when Serena Staverley was just nine, her father, Sir Giles, indulged his deep passion for gambling, leaving his only child in charge of an impoverished household.
Now a stunningly beautiful young woman, Serena is mortified to hear that her father has been killed in a duel. Worse still, it seems that he went willingly, even deliberately to his death. But why?
The appalling answer is presented by her much-loved cousin Nicholas who suddenly proposes marriage – to save Serena from a terrible fate –
Sir Giles has not only lost the Staverley estate on the turn of a card, but he has also gambled away the hand in marriage of his lovely daughter, along with her eighty thousand pounds inheritance all in a last desperate bet to try and best his arch-rival at the tables, Lord Vulcan.
Serena has little alternative but to marry a man whose wicked ways have contributed to her family’s downfall.
And Lord Vulcan takes her away from her beloved Staverley to his majestic ancestral home, Mandrake, which is close to the sea and where Serena finds its welcome to be strange and sinister.
Abducted by a lecherous guest at Mandrake, threatened by a smuggler Marchioness, rescued by a gentleman highwayman and, resisting the marriage of convenience, Serena slowly realises that she has lost her heart to a man she thought she despised.