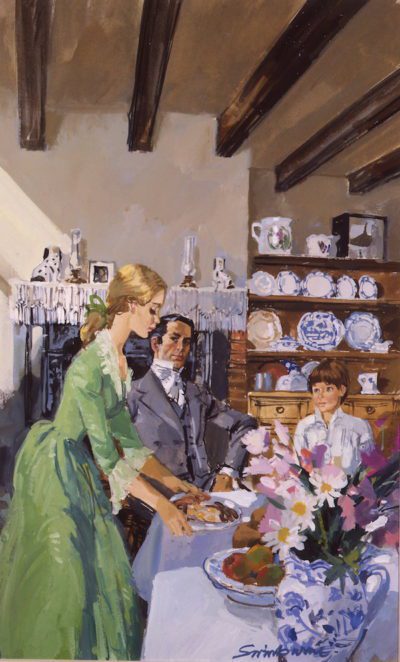 Despite the arranged marriages of her two sisters having ended in tears and misery, the Duke of Cumberworth insists that his beautiful daughter, Lady Lavinia, or Ila for short, marries the rich and aristocratic Marquis of Rakemoore, his most serious rival at Race Meetings
Ila is appalled. Not only is she determined not to marry anyone she does not love, but she hears that he is only asking for her hand to avoid an arranged marriage to a German Princess who is a relative of Queen Victoria’s Prince Consort.
So Ila decides to run away. As she flees through the nearby woods, she sees a young boy astride a pony galloping blindly towards a sheer cliff.
In the nick of time she saves the lad, although the poor pony plunges over the edge and Ila herself is knocked unconscious in the struggle.
Coming to in a little house in the woods to recover, she finds the young boy, Robin, still at her side. It is only when his kind handsome uncle comes in search of him that she realises that he is the Marquis of Rakemore, the very man she is running away from.
Refusing to give her name, the lovely mystery runaway stirs the Marquis’s curiosity and perhaps even his heart.