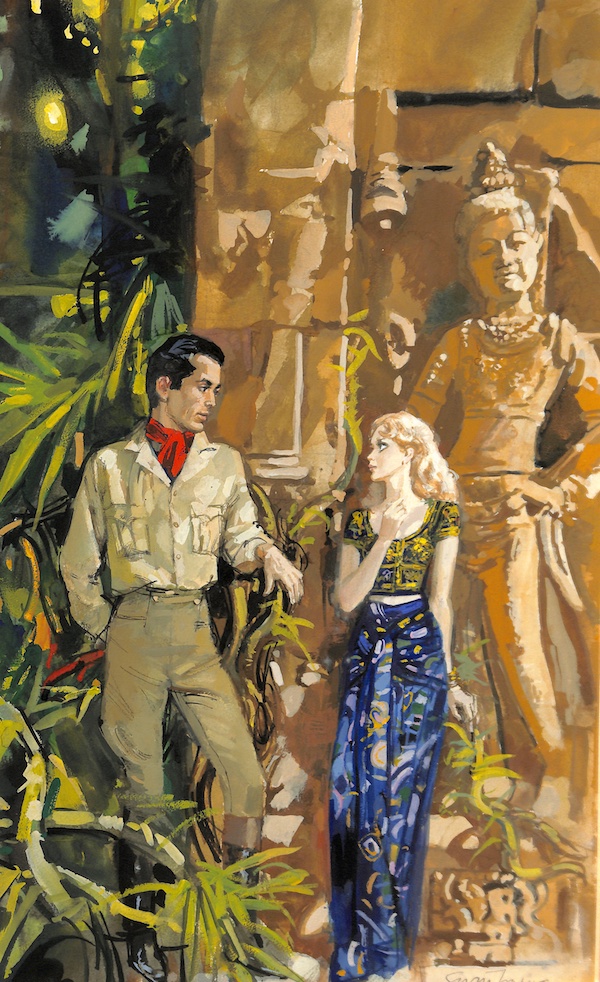 Desperate to avoid being trapped into marriage by the lovely but scheming Lady Charlotte Denington, the handsome young Duke of Ingleby is relieved to be sent on a special secret mission for the Viceroy of India, Lord Curzon.
He is to find and if he is in time to save an ancient Buddhist Temple on the island of Java from desecration and looting by the Dutch who are the Rulers of the country at the time.
Travelling incognito and posing as an English tourist keen to photograph the delightful scenery of Java, the Duke unexpectedly meets a beautiful and ethereal young woman called ‘Sarida’ at the Temple’s portal.
Although clearly English, Sarida bears this Javanese name and is attuned to Javanese culture. Indeed she believes fervently in the Buddha.
The Duke is entranced and then enthralled when he discovers that he and she bear an uncanny resemblance to the sculpted portrayals of a Javanese King and Princess in the depths of the Temple.
It is as if they have been together and loved each other in another life. Even without speaking they both understand that this is what the Buddhists have always called The Wheel of Rebirth.
And, as together they face terrible danger, it is immediately obvious that the attraction between them is too powerful to resist.
It is all an essential part of the Divine power of the Temple of Love.