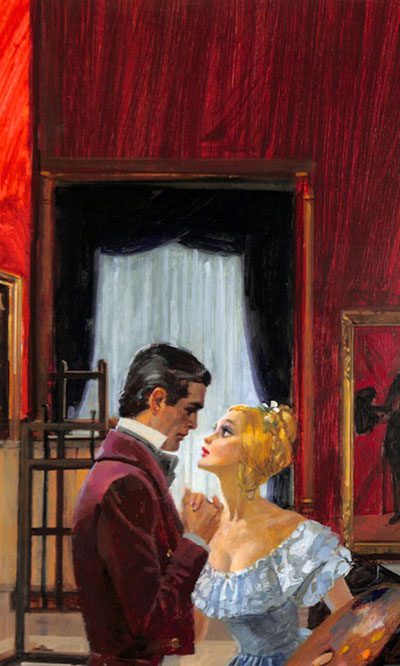 The beautiful Joanna West’s parents had been killed in a very nasty road accident and as she is the only child she inherits her father and mother’s house in the County of Huntingdonshire.When she sees the condition of her house, she realises at once that it will need a great deal of money to be spent on it to make it as warm and cosy as her mother had done. Wondering what she could do to acquire the money that she so badly needs, Joanna remembers the big and impressive Castle nearby and wonders if she could use the spacious ballroom to give dancing lessons to earn her some money. When she approaches the charming and handsome Earl of Hollington, who has recently inherited the ancient Castle as well as his title, he too is desperately in need of money as The Castle had been badly neglected by his predecessors and is looking decidedly dilapidated and shoddy. He agrees to hire out the ballroom to Joanna for her dancing lessons after she has redecorated it and at her suggestion to let other members of the County rent rooms from him, providing that they pay to have those rooms restored. It is then that Lady Carisford, who the Earl only met on board the Liner when he was returning to England, arrives at The Castle unexpectedly. She is determined to capture the Earl as she realises that by marrying him she will own an important title and this will open wide the doors of High Society which she longs to shine in. What happens when Lady Carisford tells Joanna that the Earl has asked her to marry him and how she and the Earl finds true happiness is all told in this romantic novel by BARBARA CARTLAND.