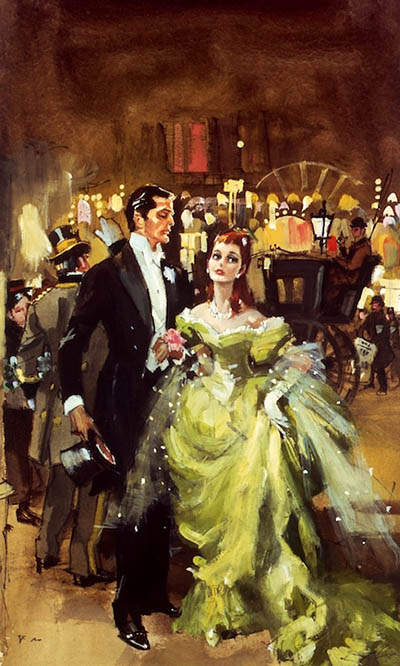 Following the death of her husband, the Countess of Wenlock was living in her magnificent house in London with her son, Donald, and her beautiful daughter, Salvia. One day out of the blue Donald suddenly drops a bombshell. He tells his mother and Salvia that he has lost all their money by trusting an American acquaintance of his who claimed that he would invest it all safely and produce big profits for the family, Donald leaves at once for America to follow the man and hopefully recover all or part of their money. Sylvia knows that she has to do something quickly to save them from losing their home and their treasures as they now cannot even afford to pay their servants. She goes to Thomas Cook’s, the renowned travel firm, and asks them to arrange for a family coming from abroad, preferably a rich one, to visit England to stay at their lovely house instead of going to a hotel. Thomas Cook’s oblige by sending them an American and his wife who are coming to London to introduce their attractive daughter to the Beau Monde. To make some money quickly Salvia then finds herself a job as secretary to Lord Carville who is writing a book in three languages and fortunately she herself is fluent in all three. How she helps him with his work, which she finds fascinating, and makes a lively contribution to his thoughts. How she and Lord Carville set off together on an unexpected visit to Paris, although Salvia knows that her mother would have misgivings about her travelling abroad unchaperoned with his Lordship. And how after all they are able to find what they are both seeking is told in this romantic novel by BARBARA CARTLAND.