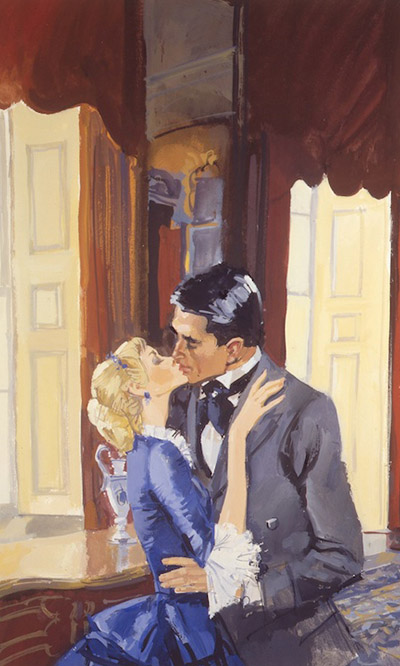 Lorena Conway has devoted most of her life to being a secretary to her father, a noted historian. Sir Arthur suddenly dies and leaves Lorena with too little money to maintain her childhood home.Wondering how she will survive, the beautiful Lorena overhears a friend of her neighbour plotting to kill the Earl of Bramfield, who has recently and unexpectedly inherited from his father and whose vast estates lie near her home. Realising that she has no option but to try and convince the Earl of the peril he is in, Lorena sets out to confront him.When his elder brother died, the new Earl had to give up an Army career and return home. Now having inherited the title and estates, he is finding it difficult to adjust to his new position. He sees Lorena and listens to her tale, but cannot accept that his life is in danger. However, he offers Lorena a temporary job helping him to sort out his disorganised office and she brings her newly invented typewriter with her.Soon the Earl realises that the danger is very real and Lorena finds herself having to use all her wits to keep safe the man she rapidly becomes attracted to in a way that she never expected. Then the Earl’s younger brother, the Honourable Andrew, arrives home and life at Bramfield becomes ever more complicated and perilous.