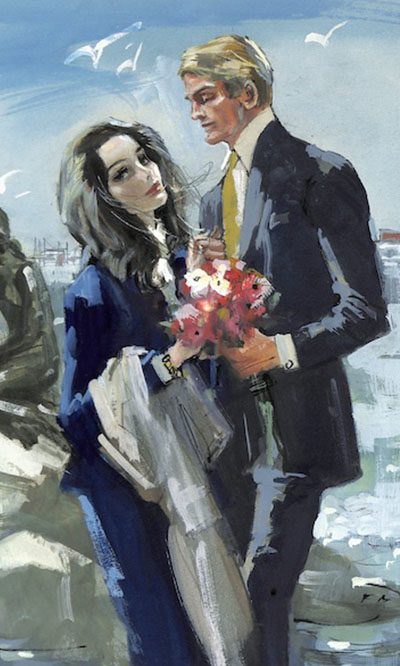 The beautiful Ilena Foringham not only helped her father, who was a senior Member of Parliament, with his speeches but she also assisted Lord Witherington with his.
She had always found him a tremendous bore, but when he eventually proposed marriage to her she knew that this was something that she could not bear and that she could never be happy with him.As Ilena realised that her parents also wanted her to marry Lord Witherington, she knew that she had no option but to run away.
After visiting an Employment Agency, she was not only given the position of secretary to Lord Henry Brantford, but Mrs. Morton at the Agency gave Ilena the passport belonging to her dead niece so that she could travel under an assumed name to avoid being followed and brought back home ignominiously by Lord Witherington.
When Ilena met Lord Henry on the train to Dover and they set sail from England, she began helping him with a book that he was writing by taking down in shorthand as he was dictating to her. They were very busy with his book, at the same time enjoying the voyage until they stopped at Rome and to Ilena’s horror she saw from the porthole of her cabin Lord Witherington coming aboard the ship. She managed to keep herself hidden until they stopped at Greece when something very frightening happened to Ilena. What took place and how she was able eventually to find happiness and the real love that she was seeking is told in this intriguing novel by BARBARA CARTLAND.