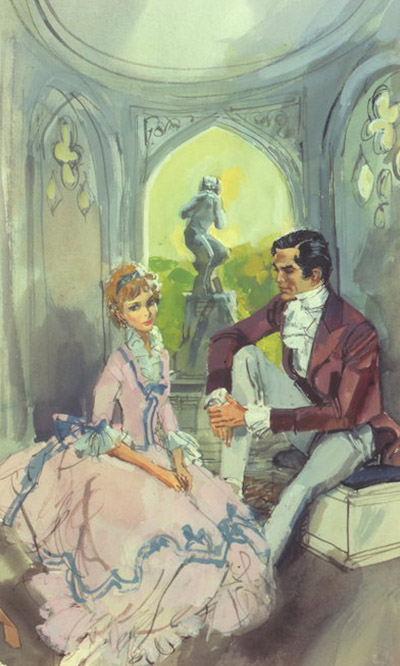 Michael, the handsome Earl of Monkford, returns from fighting in the Napoleonic War to find that his beloved home, Monk Hall, once a Monastery, has become thoroughly dilapidated from lack of money.And his estate has been sadly neglected with broken down farms and barren fields. His mother, the aging Countess, and his cousin, the beautiful Linka, who he grew up with, have done their best to keep everything going with much difficulty. Michael is constantly told by his mother that he must marry a rich wife, but when he meets a local heirless she is determined not to marry as she prefers her horses to fortune-hunters! Link prays fervently every day to the statue of Saint Anthony that some miracle will save them. And, when she tries to pull bindweed off the statue, she discovers a horde of treasure hidden by the monks under the statue itself. This changes their lives completely and Linka suddenly realises that she has always been in love with Michael. How Linka believes that Michael will marry a beauty from the Beau Monde. How she is terrified at night by the beauty’s brother and runs frantically for help. And how both Linka and Michael both find true love is told in this fascinating tale by BARBARA CARTLAND.