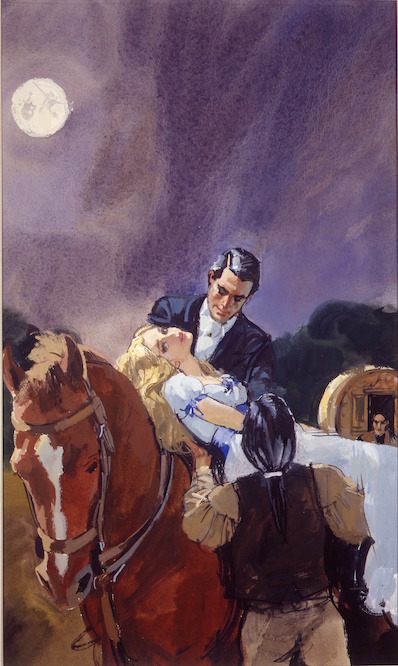 The Marquis of Darincourt who is the greatest matrimonial catch in the Beau Monde decides at last that he will get married and has chosen Lady Charlotte Warde to be his wife. He has been pursued for years by every debutante and ambitious mother, but he has, however, preferred the sophisticated married women who amuse him with their provocative wit and attractions. He is a hero from the war with Napoleon and the Duke Wellington had twice awarded him the Gold Medal for Bravery. As he is the owner of one of the most famous houses in England, immensely rich and of high social standing, he is determined not to be married except for himself as a man. However, as his family are so insistent on his marrying for an heir to carry on the title, he drives to Lady Charlotte’s house to ask her to be his wife. When he arrives to his astonishment Lady Charlotte informs him that she is going to marry the young Duke of Nottingham simply because he is a Duke. Furious and frustrated, he drives his phaeton away, but is stopped on the drive by a young girl who begs him to take her with him. The beautiful Serla Ashton is the niece of the Earl of Langwarde and Lady Charlotte’s cousin, who has been very badly treated because her mother ran away the night before her Wedding to a Royal Prince. Serla persuades the Marquis to take her to London and on the way he has the brilliant idea of saving himself from being laughed at for losing Lady Charlotte by announcing that he and Serla are engaged to be married. She agrees to the charade and with the help of the Marquis’s grandmother she becomes one of the beauties of the Beau Monde overnight. How the Marquis is delighted at making people believe that it is he who has rejected Lady Charlotte rather than the other way round. How Lady Charlotte takes a bitter and frightening revenge on Serla and the Marquis and how they both eventually find the love they are seeking is all related in this exciting and unusual story by BARBARA CARTLAND.