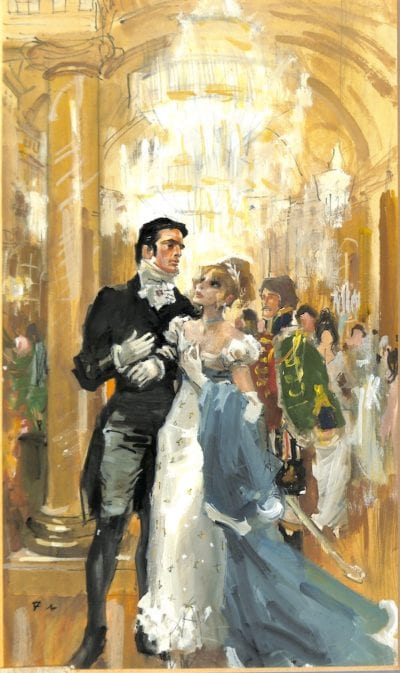 In St. Petersburg on a mission to glean intelligence for the Prime Minister on the likely intentions of Czar Alexander with regard to the ongoing war in which both Russia and the UK are at war with Napoleon’s France, the dashing and eminently eligible bachelor Duke of Welminster is beset by diplomatic problems.
The War aside, there is the issue the Princess who is pressing upon him the attractions of her daughter Tania. At thirty-three, the handsome Duke has vowed never to marry but has no choice but to agree to meet the young woman.
But when he does, he finds Tania dancing with another young girl called Zoia. This other girl seems to him ‘as if she moves amongst trees covered with blossom and the whole world awakens with spring’. Instantly he is entranced.
Then when he discovers she is the daughter of famous French composer Pierre Vallon and she plays for him, he is utterly smitten. But after he suffers a near-fatal injury and Zoia and her father are forced to flee the city or die, it seems that love is doomed by War.